Back when I was a BJJ white belt, tips were pretty much hard to come by. What I got was the usual “just keep showing up” encouragement and that was about it. In training, I had no idea what I was doing most of the time and I was getting smashed every training session. Even after a while, when I discovered how to survive here and there, I often did stupid mistakes that most white belts these days do not often commit. Back then, it was harder to have a guide, let alone simple steps to make the BJJ white belt life easier. today, however, things are much different.

First of all, we have the ultimate communication platform via the internet. Secondly, more and more people train Brazilian Jiu-Jitsu as the art spreads to the farthest corners of the world. This means that with every passing year, you have exponentially more experiences being shared online. Combining personal experiences with the most common experiences shared by other fellow grapplers, we’ve come u with the one list of tips that every BJJ white belt needs to read. Even if you decide not to follow all, or any, of our recommendations, you’ll have all the information you need to make your Jiu-Jitsu journey much more pleasurable.

The Struggles Of A BJJ White Belt

The main struggles of a white belt are as much psychological as they are physical. First of all, you’re a first-grader all over again. You’re thrown into a new environment, full of new people who already have strong bonds between themselves. As if that wasn’t enough, you’re there trying to do one of the hardest sports in the world, without any clue to what you’re doing. And yes, this stands true even if you have a background in other grappling martial arts. Furthermore, the nature of the sport means that you’ll be forced to admit defeat multiple times in an hour, let alone a long time period. It is a feeling nobody likes, and as human beings, we’re wired to stay away from it. So, returning to training over and over again, knowing what to expect goes against basic human psychology. At least at first.

Physically, expect to be tested in ways you’ve never been tested before. It doesn’t matter if you’re a Crossfit champion, marathon runner or an experienced kickboxer. Once you try rolling, you’re going to suffer. First of all, you’re going to get gas, no matter how well conditioned you might be. Muscles that you never knew existed are going to ache, and you’ll soon discover how actually weak you are. But worry not, it gets better.

Rest assured, these obstacles are there for everyone. The thing is, you might have an easier time coping with them, by learning from the experiences of others. Namely, most people have certain aspects of grappling training as beginners that are common for them all. Figuring these out takes time, and while it is always good to learn from your experiences, learning from those of other’s is much painless.

Before you even think about attempting Jiu-jitsu, you’re going to need to understand one thing. No matter your martial arts experience, you’ll have to start at the very beginning. This means that you need to accept the fact that you know nothing. You need to become comfortable with the fact that you’ll be lost.

Pretending that you know what’s going on is just going to make it harder to learn. Brazilian Jiu-Jitsu is a very complex grappling martial art that takes years to get good at. Actually, it takes about a decade, on average, to get to black belt. You could finish college in such a time or even develop a small (or large) business. It’ll take patience to learn, but you won’t remain a BJJ white belt forever. However, while you are, learn all the time and never attempt to coach others about what you do not know!

NO matter how fast and hard you fall in love with Brazilian Jiu-Jitsu, you can’t train injured. Furthermore, you also can’t train alone. Acting like a spaz on the mats is not good for both of them. Let me elaborate.

When you decide that you’re not going to tap to that purple belt that’s destroying everyone, you’re putting yourself in danger. First of all, not tapping is not a good idea in BJJ in general, let alone as a BJJ white belt. Now, the purple belt is probably not going to hurt you, as they’re experienced enough to know when you’ve had enough, No, your worst enemy is yourself. Deciding to tough it out or thrash around uncontrollably is going to get you injured. And you’ll only have yourself to blame. Go back up, read and read the first tip again. You do not know enough! A tap gives you a direct way out and allows you to regroup and reconsider. That is how you learn, injury-free.

An even worse way of stalling your progress through injury is by being the class spaz. What this means is that you’re injuring others while doing uncontrollable and unneeded moves while rolling. I understand that you want to win, but kneeing people in the face by accident is going to make them avoid you. And you can’t train BJJ by yourself, can you? 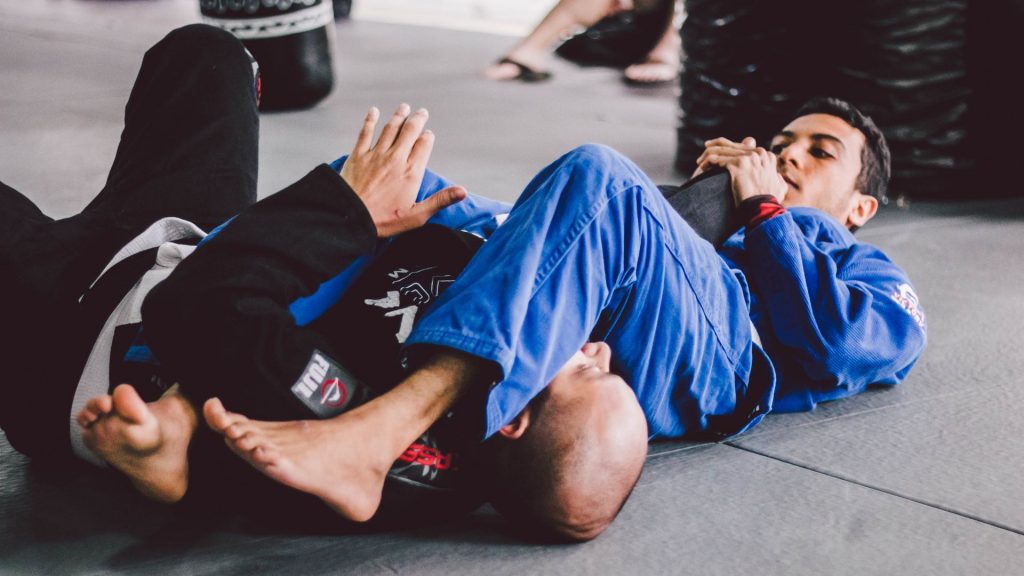 Wherever you decide to train, you’re going to be a part of a school. That means you’ll spend hours upon hours at a certain spot with a certain group of people. Not only that, but you’ll spend most your time in extremely close proximity to other people. This means that you need to be on your best behavior. No matter how you act outside the gym, on the mats you’ll have to respect the academy’s rules.

Among those rules, respect is the first one. Respect your training partners and your instructors when you’re in class. No need for unnecessary talking, teasing or remarks. If you’re thinking about slacking, you’re better off staying at home instead of wasting someone’s time. After all your partner came to learn something new today. Why should he/she have to suffer because of you?

The next big thing every BJJ white belt needs to understand is personal hygiene. Most BJJ academies spend a lot of time trying to keep the premises clean. After all, we are rolling around on the ground. Coming in smelly is going to leave you partnerless before you can say “Omoplata“. Keep yourself and your training gear, whether it is Gi or No-Gi clean and fresh. Moreover, find a way to get all your precious jewelry off. That piercing you’re so proud off can cause a serious injury to someone, or yourself. Finally, going in sick or with a skin condition should be a no-brainer, but I’ll mention it regardless. Stay at home until you heal up. Nobody wants to share your germs.

Dedicate Yourself To BJJ

If you’re really serious about training Jiu-Jitsu and living the lifestyle than dedicate yourself to the gentle art. This doesn’t mean dropping everything else and living in the gym. it means that you need to use every tool you have at your disposal to make you a better grappler. On such a tool is going to open mat sessions. Contrary to popular BJJ white belt belief, open mats are not just sparring sessions. During an open mat, you can do anything that’s appropriate for a BJJ academy. Ask older belts questions, drill with different partners or focus on some conditioning and/or flexibility. You’ll have plenty of time to roll, and you definitely need to do it, but you can learn so much more at an open mat.

Another huge aspect of Jiu-Jitsu is physical preparedness. You do not need to be a world-class athlete, but having a good gas tank and decent strength doesn’t hurt either. Look to improve your fitness by engaging in any kind of physical exercise apart from BJJ. Go for a run, or just bang out a few reps on the monkey bars. Or maybe hit the weights in a gym along with some academy friends. You could even go and just work on your flexibility by doing Yoga. Whatever you choose to do, it’ll help you get better at BJJ.

On a similar note, try to clean up your diet as well. Eating like s#&^ is going to make you bloated, tired and distracted. Make sure you develop some good eating habits. it won’t be hard, as all you need to do is just see what others in the academy are doing. Most grapplers tend to eat healthy(ish) so it won’t be hard to figure it out. 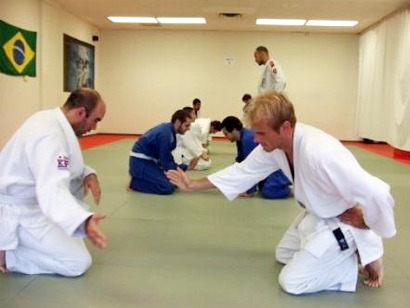 Finally, from a technical perspective, Jiu-Jitsu is going to be confusing like nothing before. It is OK, as this is the same for anyone. What you need to do to ensure you constantly evolve and progress is to ask questions. Ask your instructors, as more experienced training partners, ask on internet forums… People in BJJ know that you only go forward if you ask what you do not understand. As a BJJ white belt, that is everything, So, everyone is going to expect questions from you, especially your instructors. They’re going to be happy to oblige, as long as it doesn’t interfere with the class too much. There are correct times to ask questions and wrong ones. Asking during rolling is not appropriate, but doing so at an open mat is perfectly OK.

As we’ve already likened BJJ to college, just like in school a good idea is to write things down. Nobody can remember everything, let alone in a martial art that has no end. This is even more pronounced when you’re a BJJ white belt. Even the names of moves are going to be confusing, let alone the sheer volume of information. So get yourself a notebook and start writing things down, Both stuff you learn in class and stuff you ask about all need to go in there. This is going to help you immensely in your quest to turn that BJJ white belt into a blue one, and eventually, a black one.