Everybody watch out! Do not do leg locks because they’ll surely destroy your partner’s leg joints! If you do a neck crank, you’re out of the gym! never do the twister or you’ll make your partner suffer from a long-term injury! The can opener is the most devastating BJJ move and is rightfully banned from training and competition! News flash! There are way more “legal” moves that are much more dangerous than the BJJ moves outlined above. Training Brazilian Jiu-Jitsu is about control, over both your partner and yourself. In truth, the most dangerous thing in BJJ is the human factor. People not paying attention hurts others, not the moves. In order to balance the scale, we’re going to look at some of the most dangerous moves in Jiu-Jitsu that are legal at virtually every level.

First and foremost, every grappling technique has the potential to result in an injury.  We’re talking about a combat sport that is aimed at manipulating the body of an opponent in ways that cause immense pain. That said, if every BJJ move was too dangerous to train, we wouldn’t be able to practice the art. A submission or position is only as dangerous as the people involved in its execution. The truth is that there are, statistically, way more dangerous “legal moves” than their illegal counterparts.

The stack guard pass is a very basic pass all white belts learn during their first few months of training. It is also a move that is seen in competitions as often as any other Jiu-Jitsu technique. People from white to black belt are doing it, and it does result in potentially life-changing injuries more of than it should. The stack pass looks to be relatively safe but injuries do tend to happen. Depending on the application of the move, cervical spine injuries are a real threat.

Gabriel Diniz was 15-year-old fighting in the adult division, who subsequently lost the use of all of his four limbs. His opponent, a much bigger and stronger grappler,  attempted the stack pass on Diniz. The opponent lifted Diniz before stacking him straight on his head. He then threw his whole body weight on him, looking to pass the guard. The result was a very severe neck injury for Diniz, which unfortunately left him paralyzed.

Learn The Proper Mechanics Of the Stack Guard Pass: https://bjj-world.com/stack-guard-pass-bjj/ 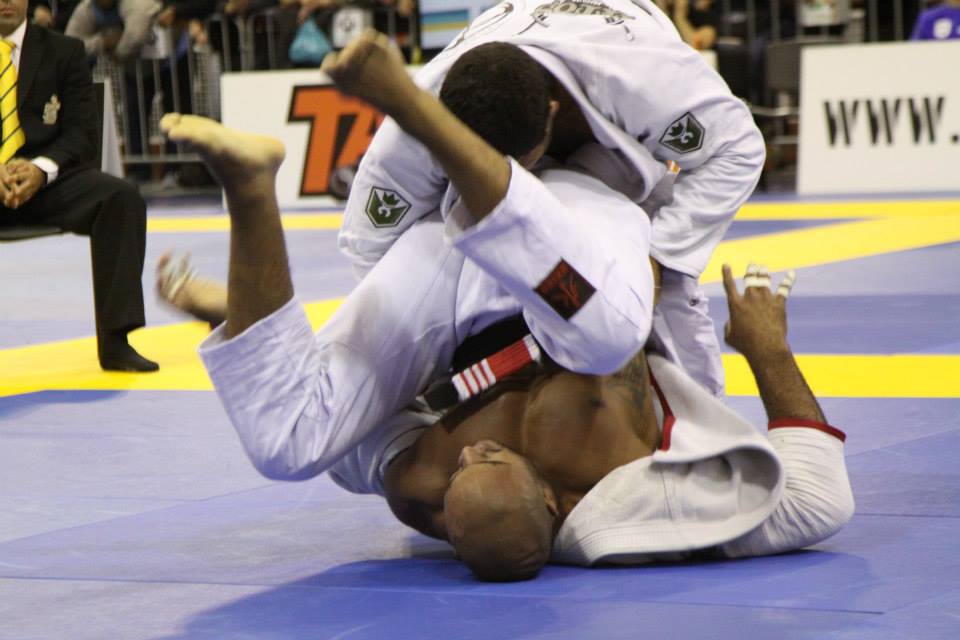 A biceps crusher (also called a biceps lock or biceps slicer) is a compression lock on the inner muscles of the upper arm.  Basically, it involves compressing the biceps into the humerus. An effective biceps slicer can be applied by using one of your shins or forearms as a fulcrum on the opponent’s arm.  Placing your shin, for example, inside of the arm by the elbow creates a fulcrum. The submission is applied by flexing the opponent’s arm over the fulcrum. It is a devastating injury that can tear the biceps muscle in half.

The biceps slicer is a very potent armlock submission. Very often it is a natural continuation of an armbar attempt. When applied correctly,  the leverage causes an elongating and separating tension in the elbow joint. In Brazilian Jiu-Jitsu competitions, the biceps crusher is an illegal technique in lower level divisions.  It is legal for execution from brown belt onwards. It’s a dangerous technique because the reaction time between the pain and the tap is very short. Once it’s locked on, inexperienced grapplers might attempt to tough it out and resist. This only results in a debilitating injury, like the lock, comes on very fast. AS far as dangerous BJJ moves go, this one is certainly top of the charts.

The Estima Lock is quite the controversial footlock that was created by the BJJ standout Victor Estima. Victor Estima won all his matches by Estima lock at the 2011 World Championship in No-Gi. The move, however, is legal both in the Gi and in No-Gi. Not only is the Estima lock legal in every discipline, but it is also allowed at all belt levels as well.

The Estima lock mechanics are quite simple, yet brutally effective.  In essence, the point is to put a rear naked choke grip on an opponent’s ankle and trap the foot under your belly. The submission is due to a torsion, very similar to the toe hold. the Estima lock is, however, a stronger and faster than a toe hold not leaving much time for the opponent to tap. Usually, a scream follows the submission faster than a tap does, but by then it is too late.  Plenty of feet have been destroyed thanks to this move and due to people not recognizing the need to categorize it as an advanced technique.

Speaking of unrecognized dangerous BJJ moves, nothing is worse than the simplest one. Even John Danaher himself defined takedowns as the most dangerous techniques across all grappling martial arts. Jumping guard is certainly at the pinnacle of this category.

Under IBJJF rules, jumping guard is illegal for white belts. In truth, ti should probably only be legal from brown belt onwards. The dangers of the move are so apparent that they’re brushed aside as inexperience. However, it only takes a small error and even the most experienced grappler can succumb to serious injury. With many moving variables, this move is actually one that is legitimately too dangerous to even train safely, let alone use in competition.  There are huge risks for lower back injuries, knee injuries, and even worse. Head trauma from being knocked unconscious from intentional and unintentional slams is also a huge concern with this move.

Even though these are only legal in the competition after blue belt level, most grapplers learn some form of wrist lock in training well before that. As submissions, wrist locks are incredibly effective. However, at the same time, they’re very dangerous to your opponent, since their effectiveness is closely related to the manner of application. In that sense,  wrist locks need to be fast and explosive in order to be effective. This, in essence, means is that it works better as a surprise attack than a controlled positional one. When someone attacks your wrist joint suddenly, it is most likely relaxed, leading to even greater damage. Another point to consider is the range of motion. Generally,  the wrists move in quite a short span of motion, which makes it really hard to tap early.

Just by having the word “flying” in BJJ moves is going to cause cringing in purple belts and above. The reason is that these moves are dangerous in their very essence and are rarely worth the risk.  Take the flying triangle submission as an example. The dangers to the guy attacking are really high, with potential falls on the back or head that lead to spinal injuries. If aimed poorly, the grappler who is attacking might end up kicking the opponent in the face or laying on their head.

There’s an even more dangerous representative flying BJJ moves, and that is the flying armbar. The treble for the attacker here is that their body is at a different angle to the flying triangle. This means that it is way easier to cause an injury to the spine when falling. For the guy being attacked the same applies, they might get kicked or fall badly on top of the attacking opponent.

Tarikoplata – The Shoulder Lock Nobody Can Defend