BJJ is an easily recognizable art with plenty of unmistakable traits. One of the most recognizing traits of Brazilian Jiu-Jitsu, though, is not a technical one. When we come to think about what defines Jiu-Jitsu, we very rarely think about addiction. And I mean addiction in a very positive sense.

Training in BJJ for a long period time requires a passion for the sport that can withstand the injuries, ego-crushing moments, setbacks, and frustrations. BJJ is quite a black and white sport in terms of dedication. It either hooks people completely, or people stay for just a short time. Very rarely does someone fall in a category in between? Actually, BJJ is so addictive, that even those that end up leaving rarely just pack up and go. In that sense, people that end up quitting BJJ are very prone to making excuses for their actions.

Let’s be honest, most people involved in grappling martial arts are never going to do them professionally. There are just a handful of people that can make a sustainable living off of teaching Jiu-Jitsu. There’s an even smaller number that can make a profit from competing. That said, people that are truly dedicated always find a way to get to class. They might be able to train just twice a week or have to leave almost every class early. Those are not reasons to give up though, and they do not mean that progress in the art is impossible. So, anyone that’s been in Jiu-Jitsu for more than a couple of years has already heard every excuse possible that people quitting BJJ make. Let’s go over them one more time. And, if you recognize yourself in any of them, maybe it’s time to reconsider and get back on the mats.

In all honesty, BJJ is not for everybody. Some people, after training for a few months, come to their senses. One day, they just out of the blue realize this not what normal people do. The scary thing is that they’re probably right Why would you pay money to get roughed up and choked? Why be sore the next day if you don’t have to be?

If you work in a blue collar job, you can’t afford to get injured. If you work in a corporate environment, you will look like a ruffian if you come into work with a black eye. All are legit reasons to employ a different approach to grappling. But, are they good enough to justify quitting BJJ? 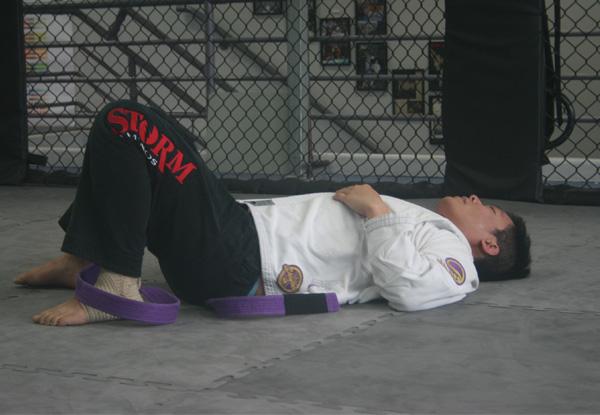 If there’s one reason to give up on Jiu-Jitsu that is beyond reasonable it is because of injuries. Let’s make it clear, we’re not talking about a tweaked finger or a pulled muscle or two. Albeit not huge, BJJ has a rate of serious injuries that’s probably higher than we’d like to.

Many potential NFL, NBA and MLB stars were sidetracked by injuries. There is always a risk for injury in BJJ and some practitioners are just more prone to it. Usually, it is the people that have given BJJ ago several times after an injury. A bad back, knee, or arm can certainly get in the way. For some, their bodies just can’t handle the grind. And this is as legit as it comes in terms of reasons for quitting BJJ.

Everything is cool until people start sweating. The first time a foreign bead of sweat glands in the ear or a sweat-soaked Gi suffocates the face could also be the last time for someone. A  germaphobe is not too different than the rational person. Why would you want to roll around on the ground with another dirty, sweaty human being in weird looking pajamas? Or worse, with nothing but a pair of broad shorts on?

The solution? Invest in a Rashguard and a pair of spats. Nothing apart from your head is now in contact with other people’s fluids. If that doesn’t cut it, you might need to figure some things in life first, before coming back to the academy. Quitting BJJ should not be an option you even consider.

One month the dabbling hobbyist is all in on Fantasy Football. The next month, its all about wine tastings. March just happens to be Brazilian Jiu-Jitsu month. The dabbling hobbyist has short-term interests and passions before moving on to whatever the next cool trend is. These kinds of people love to try out new things, but never really makes one interest or hobby a lifestyle or long term endeavor.

Benefits of sticking with BJJ? They’ll give the weekend warrior one real long term focus in life. Is probability of them actually sticking with it? Less than a white belt has of submitting the instructor on their first day. Regrettably.

Too Much Too Soon

Ever see the new person that attends every class, 7-days a week? Within a month of training, this person has all limited edition Shoyoroll Gis. They have subscriptions to half a dozen BJJ web sites and an impressive DVD collection. The study hours of matches and spend much of their time on YouTube. On the mat, they’re light years ahead of training partners who started at the same time. This person was usually the top of the class, natural athlete, picked up things quickly, and always ahead of the curve.

After a while, it all changed on the mats. Movements seem foreign, everything feels unnatural and they suck as something for the first time in their life. This type of person no longer has all the answers and isn’t the smartest guy in the room.

However,  all of sudden this person completely disappears. Did go all creonte and switch academies? Did they get injured? Nope. It just came too much, too soon and they burned out.

Life Got In The Way

BJJ was just something to keep busy in between relationships. We all know the guy or girl who was all crazy about the Jiu-Jitsu lifestyle. Then they swiped right on Tinder and disappeared. This person’s Facebook feed switches from selfies in a Gi and Acai to selfies with bae from Tinder. So much for their BJJ career.

Another aspect of life in the way comes in the form of career opportunities. Everything was going fine until that big promotion at work. When your former training partner scores the big raise and promotion at work, it usually results in more hours, stress, and increased chances of getting fired for poor work performance. Thus, the work week now gets extended significantly and heightened blood pressure and heartburn follow closely. While you are training, this person is slaving over spreadsheets and dreaming of choking out the boss. Not the best way to go out of BJJ, but an often seen one, nonetheless. 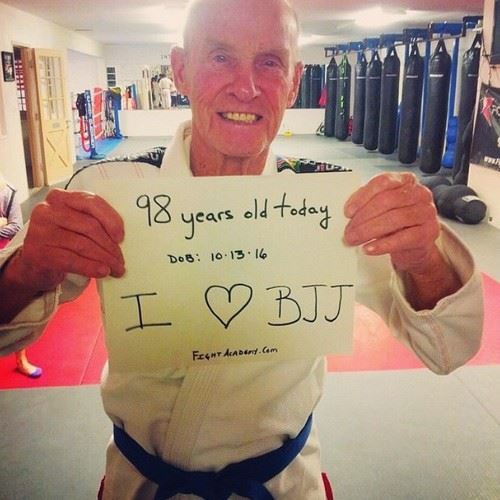 Leaving To Get In Shape

This is a very curious one. You can’t get into BJJ shape unless you do BJJ and put in the work. However, everyone wants to be in BJJ shape straight away.  We see the out of shape guys and gals come in and they love the sport, but gas-out as early as the warm-up. Everything is a struggle and there is a need for constant breaks to recover. Class is so much more difficult when you lack the cardio to get through the class. You keep doing it to get in shape, but it is so hard to do because you are not in shape.

Those who are unwilling to go through the initial pains of getting in shape, can’t hang for the long term. And taking some time off BJJ in order to get in shape is never going to work. If you’re that set on getting in BJJ shape, stick with it. Quitting BJJ to go running is not the answer

“I love BJJ, but classes are too expensive”. Well, news flash so is table service and going out on Saturday nights. However, you somehow manage to pull that off on a regular basis.

For many, affording BJJ is hard, but not impossible. With proper budgeting and allocation of resources, it can be done. However, some would rather spend their money on other discretionary expenses like clubbing or the latest iPhone. Then they would talk about how expensive classes are and how they don’t have money for it. That’s an example of priorities gone wrong if ever there was one.

BJJ Warm up Issues And How To Fix Them

Why Wearing A Rashguards Under The Gi in BJJ Is Important

WARNING: The Worst Leg Break during Grappling Match Ever